Ed Darack has made an extraordinary interesting list, a list over the 10 worst weather places in the world. Isn’t it just wonderful?! 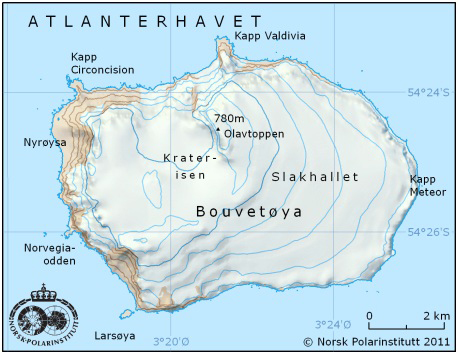 Bouvet Island, the most remote island in the world. (& Norwegian, just like me …)

I sometimes wonder if there are a prehistoric explorer hidden in my genes. How else can I explain my attraction for hostile remoteness? My talent for self-support outside well equipped environment is like nil. Life really is a mystery.