Just a few weeks ago the British Council announced that Phyllida Barlow (1944), was to represent Britain at 2017 Venice Biennale.

Being chosen for Venice was a particular surprise, the 72 year old Barlow told the Guardian in an interview:

“It is really exciting and extraordinary to be asked to do it … just astonishing. It’s strange for artists like myself, and there are a lot of us around, who have done adventurous things on our own steam, taken works to remote places and not known there would be an audience and not worried about it... Now to be offered these places is extraordinary.”

Barlow, who is 72, has earned international recognition in recent years for her large-scale installations made of scrap metal & wood and other trash materials, installations that seems to stretch out in dense tangles, like mysterious living organisms. 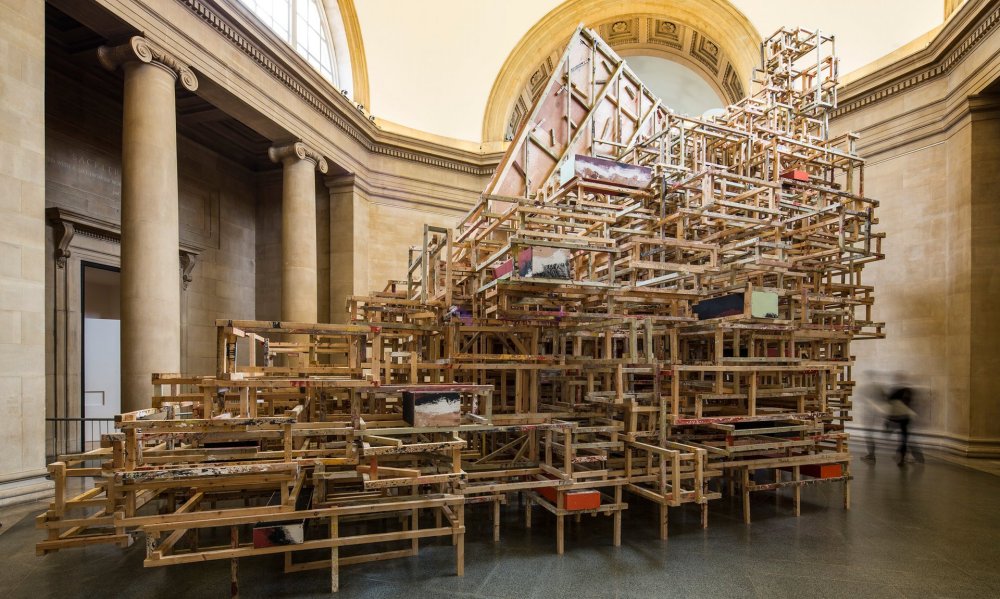 In this short presentation in german & english you can get a fine sense of her work:

If you have time to spare …, you might want to have a look at this great video from the Louisiana Channel:

Phyllida Barlow, CBE (born 4 April 1944, Newcastle upon Tyne, England). Barlow studied at Chelsea College of Art (1960 – 1963) and the Slade School of Art (1963 – 1966). She later taught at both schools and was until recently Professor of Fine Art and Director of Undergraduate Studies at the latter. (She has taught well-known artists such as Tacita Dean, Rachel Whiteread and Douglas Gordon).

Barlow currently lives and works in London. In the category of strange facts one can notice that  Barlow is the great-great-great-granddaughter of Charles Darwin.