This is not a post on how to write and why –

I spend most of my time writing …

This is a post on how not to write and why:

If you’re still not satisfied –

this is a post on how to write and why:

“What are you afraid of? Just do it!” (Such exhortations are offered most freely by those who aren’t up on the high wire themselves (i.e., teachers, editors, critics)).

This is how some guy chose to do it:

FROM OLD NOTEBOOKS by Evan Lavender-Smith

(could read as writing prompts)

~ Memoir beginning with detailed narrative description of subject’s rich and fertile childhood slowly disintegrates into list of difficult books he read as an adult.

~ Story about a mother who develops an allergic reaction to her kids.

~ Monologue spoken by an aging pianist-composer, based on Prokofiev, beginning with the following sentence: My fingers have grown very tired.

~ Story about a character who goes around knocking on the front doors of strange houses, claiming to have once lived there, receiving gracious tours.

~James Joyce might seem to me less dead than most dead but to him he is just as dead as all the rest. 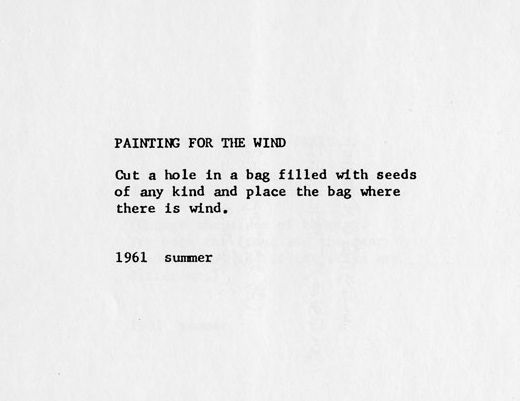 ~ Now that I have a wife and children I’ll always have a selection of people to choose from upon whom I can blame my life’s failures.