I believe that all poetry is formal in that it exists within limits, limits that are either inherited by tradition or limits that language itself imposes.

Form it should be remembered is a word that has several meanings, some which are near opposites.

The Old Woman and the Statue

I have … noticed in myself certain states which I may call poetic, since some of them were finally realized in poems. They came about from no apparent cause, arising from some accident or other; they developed according to their own nature, and consequently I found myself for a time jolted out of my habitual state of mind.

Intellectual criticism of poetry will never lead to the center where poetic images are formed.

… it is generally acknowledged, Strand comments, that poetry invokes aspects of language other than that of communication, most significantly as a variation, though diminished, of a sacred text.

The work presents us with a finished picture, and this picture is amenable to analysis only to the extent that we can recognize it as a symbol. But if we are unable to discover any symbolic value in it, we have merely established that, so far as we are concerned, it means no more than what it says, or to put it another way, that it is no more than what it seems to be.

This, Mark Strand comments, strikes me as a generous statement, for it allows poems an existence ultimately tautological. 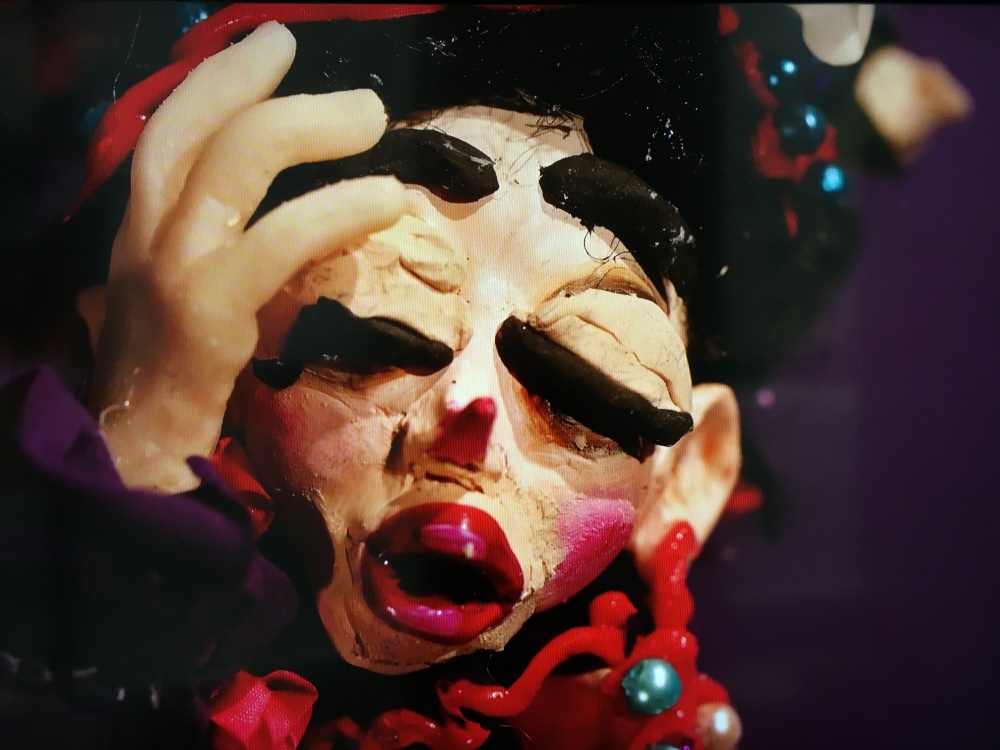 Still from film by Nathalie Djurberg

The purpose of the poem is not (as Freud argued) disclosure, storytelling or the telling of a daydream; nor is the poem a symptom. A poem is itself and is the act by which it is born. It is self-referential and is not necessarily preceded by any known order, except that of other poems.

Perhaps the poem is ultimately a metaphor for something unknown, its working-out a means of recovery.

From Mark Strand’s The Weather of Words (2000): Notes on the craft of poetry