Yesterday I went to Denmark to see Yoko Ono’s: HALF-A-WIND SHOW at Louisiana Museum of Modern Art. The exhibition was great, but Ono isn’t really about exhibited things and objects, her art is about relations, about the meeting between you – the viewer & her ideas and instructions.

So in many ways the exhibition could be understood as a documentary, or a kind of introduction to the world of Ono. A world which we all are invited to enter, and which we can enter through books, music, film, the web – and even sometimes, like at Louisiana, via gallery spaces.

As a child in Japan, I used to go to a temple and write out a wish on a piece of thin
paper and tie it around the branch of a tree. Trees in temple courtyards were always
filled with people’s wish knots, which looked like white flowers blossoming from afar.”
Yoko Ono: “All My Works Are A Form Of Wishing”.

Ono works on several long lasting projects. Seemingly much more interested in process and development than in finished “things” (art). One example is the interactive artwork WISH TREE (1996), which has been integral to many of her exhibitions around the world. Everywhere people are invited to write their personal wishes for peace and tie them to a tree branch. Ono has collected all the wishes – currently totalling over a million! They are to be housed at the site of the IMAGINE PEACE TOWER. 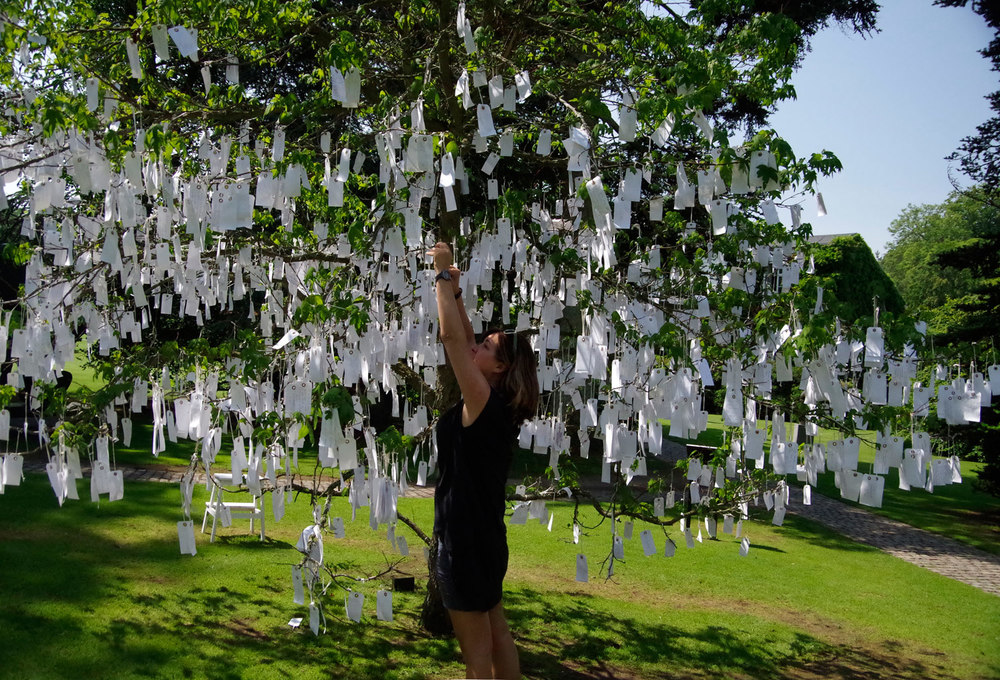 I brought back several books by and on Ono, and will spend the weekend going in depth with her way of conceptualism. Right now her art strikes me as a kind of transgressing rhizomatic-zen project, quite extraordinary, AND exceptionally gifted!