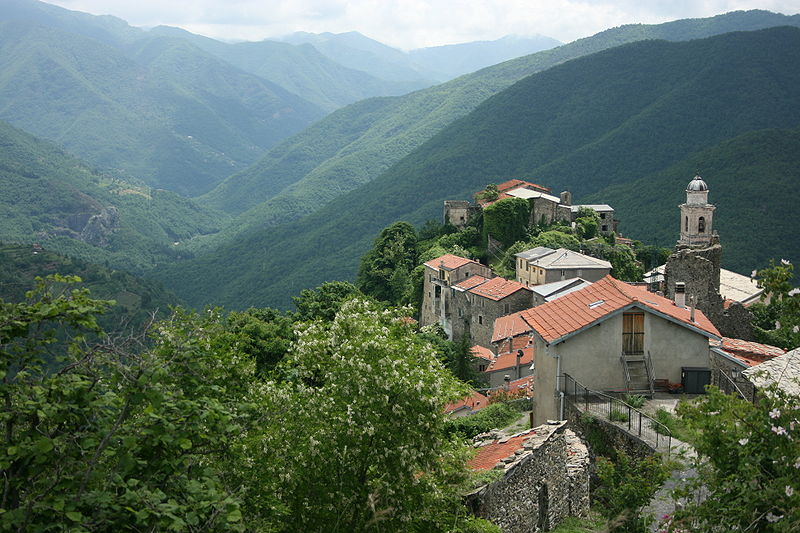 … and this is where I’m going: Triora – Liguria, known to be one of the most beautiful medieval citadels in Italy.

Much of the architecture in Triora dates back to the 12th century, but its period of greatest fame was during the 16th century when a number of witch trials were conducted by the Inquisition. A year of bad weather and crop shortages in 1587 led to the accusation that witches were conspiring against Triora. A group of women from Triora and local villages were accused of sacrificing babies to The Devil. They were tried, tortured, and burned alive between 1587-89.

My intention is not to study witches or witch-craft, but to go hiking – peacefully – in the Ligurian mountains. I will be back …